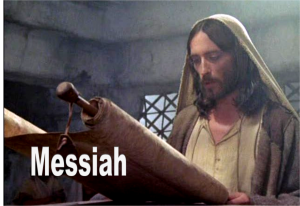 No one saw it coming.
They all knew Him—Jesus, the son of the carpenter Joseph of blessed memory. The young man had earned the respect of the community because of his cheerful disposition, his obvious adoration and care for His mother, Mary, the loveliest widow in the village whom no man dare approach. The quality of His carpentry was without peer. His character was beyond question. He had never lost His temper, or cheated anyone, or showed disrespect to the elders. There was not the slightest shadow of scandal, unlike Mary and Joseph when they were young.

Now He was home and the Sabbath found Him just where He should be—in the Synagogue.
The Rabbi asked Him to read the scriptures for the day and handed Him the scroll of the Prophet Isaiah. In the shadows, his brother James wondered if they were now to hear of the exploits of Jesus’ latest foray into the regions around Galilee. Rumors of miracles at His hand and strange new teachings had preceded His return to Nazareth.

Jesus stood to read and with steady hands Jesus turned through the scroll until He reached the place marked for today. He began to read without looking at the text. These were words He memorized as a child long before. He had taken them to the highest hill in the village where he liked to go and think. He had meditated on them as he lay quietly at night waiting for sleep to visit. They had often been the first thoughts of the morning after He prayed the Shema, ‘Hear, O Israel, the Lord our God, the Lord is one. And you shall love the Lord your God with all your heart, with all your soul, with all your mind, and with all your strength.’ And ‘You shall love your neighbor as yourself.’ He began reading.

“The Spirit of the Lord is upon me, because He has anointed me…”

There was still some restlessness in the congregation but the slight pause in Jesus’ reading stifled the extraneous noise. This had to be heard by those who knew Him best.

“to preach the gospel to the poor. He has sent me to heal the brokenhearted…”

The thoughts of the sharpest thinkers among them began to race ahead of Jesus’ words. Surely he means Messiah—everyone knows this prophecy concerns the Messiah! When He comes He will do these things. We must wait for Him…

Rumors say that such things had happened in the crowd that came to hear him preach out in Galilee. God must be praised for such miracles!

“..to set at liberty those who are bruised and oppressed by evil…”

Surely Jesus isn’t taking credit for what God has done! He needs to let God be God and not interfere with Romans or the Elders. It is not wise to speak of oppression. Finally we have peace, such as it is—but this is not the time of rebellion…

“…to proclaim the acceptable year of the Lord.”

That wasn’t the end of the passage but it was where Jesus stopped. He closed the scroll, and gave it back to the attendant and sat down. And the eyes of all who were in the synagogue were fixed on Him.

In the silence, hearts beat so loud you could almost hear them. Breathing did not stop but it slowed to a deep stillness. This was the carpenter’s son, a tradesman himself! He was a fine young man to be sure but he always was a little strange. Had his mind snapped? Had the acclaim of the crowd shaken his good sense? Awakened his long-suppressed pride? Tradition called for Him to comment on the passage…

“…Today this Scripture is fulfilled in your hearing.”

The Riot
The silence did not immediately relent. Heads began to turn as hometown worshipers looked at each other. They began to whisper.

“Is this not Joseph the carpenter’s son?”

No one knows what Jesus expected of His friends, patrons, and fellow citizens of Nazareth. Quickly He sensed their unbelief, their skepticism, their suspicion. His whole life He had ignored their snubs and their whispered abuse of Joseph and Mary. He wanted them to understand what He had read and prophesied—the time was now! Messiah had come! Things were about to change forever and they could be witnesses to it all. They could testify to the world of the life He had lived before them. They could finally reinterpret the rumors and believe the truth about Joseph and Mary as prophecies fulfilled. But they would not listen. They would not believe.

Every face He looked at represented a story about Him.

There was not a stranger in the synagogue that day.

“ You say to me, ‘Physician, heal yourself—do the same things here that you did Capernaum.’ The saying is true that a prophet never finds honor in His own country.”

Using Bible stories of people who missed their opportunities He scolded them from a broken heart, not an angry one.

Like lightning, the crowd turned violent. They rose as one and seized Jesus, dragging Him out of the synagogue smashing pots and jars, spilling their contents into the streets and smashing the ancient laws of behavior on the Sabbath. Though He did not resist them they wrestled Jesus through the narrows streets, out the town gates, and to the brow of that same contemplative hill. The time had come, but not for this.

Somehow Jesus stopped and silenced the mob. Those who held Him simply let Him go. Perhaps it was His eyes, so gentle to them day by day, now shining with wrath—like the wrath the Temple merchants would see in a short while—but whatever it was, something disarmed the mob.

Jesus stood there, staring deep into each set of familiar eyes. No one could return His stare for long. Gradually a lane cleared before Him. Quietly, peacefully, Jesus walked through the mob. No one tried to stop Him but no one could take their eyes from Him either. The Bible closes the incident like this:

“Then passing through the midst of them, He went His way.”

An Opportunity Missed
The people of Nazareth missed their opportunity. Unbelief settled into the village, even into the home of Mary, His mother. Jesus moved His residence to Capernaum. From this point Nazareth could be called the Capitol of Irony. In Nazareth:

When we gather to worship Him, Jesus walks among us—an opportunity to be seized.

Scripture:
Luke 4:16-30 NKJV
So He came to Nazareth, where He had been brought up. And as His custom was, He went into the synagogue on the Sabbath day, and stood up to read. And He was handed the book of the prophet Isaiah. And when He had opened the book, He found the place where it was written:
“The Spirit of the Lord is upon Me, Because He has anointed Me To preach the gospel to the poor; He has sent Me to heal the brokenhearted, To proclaim liberty to the captives And recovery of sight to the blind, To set at liberty those who are oppressed; To proclaim the acceptable year of the Lord.”Then He closed the book, and gave it back to the attendant and sat down. And the eyes of all who were in the synagogue were fixed on Him. And He began to say to them, “Today this Scripture is fulfilled in your hearing.” So all bore witness to Him, and marveled at the gracious words which proceeded out of His mouth. And they said, “Is this not Joseph’s son?”
He said to them, “You will surely say this proverb to Me, ‘Physician, heal yourself! Whatever we have heard done in Capernaum, do also here in Your country.’” Then He said, “Assuredly, I say to you, no prophet is accepted in his own country. But I tell you truly, many widows were in Israel in the days of Elijah, when the heaven was shut up three years and six months, and there was a great famine throughout all the land; but to none of them was Elijah sent except to Zarephath, in the region of Sidon, to a woman who was a widow. And many lepers were in Israel in the time of Elisha the prophet, and none of them was cleansed except Naaman the Syrian.”
So all those in the synagogue, when they heard these things, were filled with wrath, and rose up and thrust Him out of the city; and they led Him to the brow of the hill on which their city was built, that they might throw Him down over the cliff. Then passing through the midst of them, He went His way..

Prayer:
Lord Jesus, may I never underestimate You! You are the Lord, Messiah, Redeemer, Revealer of God’s Heart. May I always treasure every opportunity to be with You in morning prayer and weekly worship. May I hear Your voice and Your message. May I ever experience Your anointing to be all I will ever need. May Your miraculous provision be mine each day and may I always be sensitive to Your Holy Presence. You are Emmanuel, God with Us, with ME! May I live and move and have my being in You! Thank You, Lord!

1. Pass me not, O gentle Savior, hear my humble cry;
while on others thou art calling, do not pass me by.

Refrain:
Savior, Savior, hear my humble cry;
while on others thou art calling, do not pass me by.

2. Let me at thy throne of mercy find a sweet relief;
kneeling there in deep contrition, help my unbelief.

3. Trusting only in thy merit, would I seek thy face;
heal my wounded, broken spirit, save me by thy grace.

4. Thou the spring of all my comfort, more than life to me,
whom have I on earth beside thee? Whom in heaven but thee?