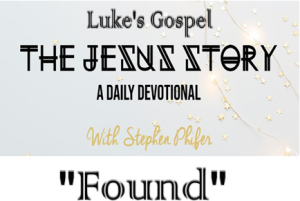 Prodigal: “…wastefully or recklessly extravagant…”
Perhaps the most famous of all the stories Jesus told is the Parable of the Prodigal Son. No other story has as many highly developed characters and as much real family conflict. Some people call this the Parable of the Faithful Father because on closer inspection, the story is really about the Father and not about either of the man’s sons.

A Father and His Two Sons
Like a reflection of the first family on earth, Adam and Eve with Cain and Able, this is the story of painful strife within a family. Unfortunately, these types of conflicts are all too common still today. The same identical home can produce very different offspring leaving the parents with a puzzle to solve before it is too late—how do we love both of these children?

The Runaway
With hormones raging, the younger son claimed his inheritance and left home, caring not for the grief this caused his parents. He ran away to a great city where “friends” were delighted to profit from his wealth in return for their attention. The appetites of the flesh controlled life in the big city and soon the money and the “friends” were gone. Gossip about their son reached the Father, breaking his heart even more.

The young man found work that was so disgusting he eventually realized what a fool he was and returned to his family willing to take the place of a servant. His father was in the habit of watching the road every day, praying for his son’s return. One day it happened but the older brother, working faithfully in the field, did not witness it.

A riotous celebration commenced immediately as the father fully reinstated his son in the family. When the older brother returned from work and learned of these events, he finally let his anger loose on the Father. He had been faithful and this virtue was never celebrated! It just wasn’t fair. He had a point. The father’s joy at the return of the younger son was tempered by the realization of his neglect of the older son.

When the Lost One Is Found
We can hope when the dust from all this settled that the three men could forgive each other and begin a new partnership of love expressed and received. Much had been lost but much more had been found.

Scriptures:
Luke: 15:11-31
Then He said: “A certain man had two sons. And the younger of them said to his father, ‘Father, give me the portion of goods that falls to me.’ So he divided to them his livelihood. And not many days after, the younger son gathered all together, journeyed to a far country, and there wasted his possessions with prodigal living. But when he had spent all, there arose a severe famine in that land, and he began to be in want. Then he went and joined himself to a citizen of that country, and he sent him into his fields to feed swine. And he would gladly have filled his stomach with the pods that the swine ate, and no one gave him anything. “But when he came to himself, he said, ‘How many of my father’s hired servants have bread enough and to spare, and I perish with hunger! I will arise and go to my father, and will say to him, “Father, I have sinned against heaven and before you, and I am no longer worthy to be called your son. Make me like one of your hired servants.”‘ “And he arose and came to his father. But when he was still a great way off, his father saw him and had compassion, and ran and fell on his neck and kissed him. And the son said to him, ‘Father, I have sinned against heaven and in your sight, and am no longer worthy to be called your son.’ “But the father said to his servants, ‘Bring out the best robe and put it on him, and put a ring on his hand and sandals on his feet. And bring the fatted calf here and kill it, and let us eat and be merry; for this my son was dead and is alive again; he was lost and is found.’ And they began to be merry. “Now his older son was in the field. And as he came and drew near to the house, he heard music and dancing. So he called one of the servants and asked what these things meant. And he said to him, ‘Your brother has come, and because he has received him safe and sound, your father has killed the fatted calf.’ “But he was angry and would not go in. Therefore his father came out and pleaded with him. So he answered and said to his father, ‘Lo, these many years I have been serving you; I never transgressed your commandment at any time; and yet you never gave me a young goat, that I might make merry with my friends. But as soon as this son of yours came, who has devoured your livelihood with harlots, you killed the fatted calf for him.’ “And he said to him, ‘Son, you are always with me, and all that I have is yours. It was right that we should make merry and be glad, for your brother was dead and is alive again, and was lost and is found.'”

Prayer:
Lord Jesus, You found me! You heard my prayers of repentance. You received my confession of Your Lordship! You saved me! Thank You, Lord! You sent Your Spirit to abide in my heart and to empower me for service. You have called me with a holy calling and given me a job to do, an easy yoke to bear, easy because it fits me. You have given me light burdens to bear that I can manage with Your help. I long to hear You say on that great day, “Well done. Good and Faithful Servant!” Thank You for Your Amazing Grace! Amen.

1. Amazing grace – how sweet the sound –
that saved a wretch like me!
I once was lost, but now am found,
was blind, but now I see.

2. ‘Twas grace that taught my heart to fear,
and grace my fears relieved;
how precious did that grace appear
the hour I first believed!

3. The Lord has promised good to me,
his word my hope secures;
he will my shield and portion be
as long as life endures.

4. Through many dangers, toils, and snares
I have already come;
’tis grace hath brought me safe thus far,
and grace will lead me home.

5. When we’ve been there ten thousand years,
bright shining as the sun,
we’ve no less days to sing God’s praise
than when we’d first begun.