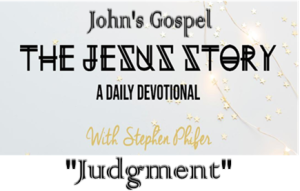 Day after day, Jesus stood in the Temple teaching.
He claimed no authority except His own. He was not a product of the leadership structure of the nation. He had climbed no “corporate ladder” to achieve His right to be heard. He was His own credentials. This of course, was nonsense to those who kept the “ladder.” Jesus suddenly appeared, teaching strange things and exhibiting His right to do so with miracles. The leaders had the credentials but Jesus had the power! How could the power structure deal with a man who not only was not endorsed by them, but who did not need them in any way?

The Pharisees Object to Jesus
The keepers of the “ladder” accused Jesus of the obvious fact—He was His own witness!

“You bear witness of Yourself; Your witness is not true.”

It was not a wise tactic. Jesus knew the Law and the Law said that two witnesses in agreement sealed an issue. His personal witness was accompanied by that of His Father.

His witness carried with it the proof of His life and ministry among them. He claimed to come from “above” and proved it with deeds that had to have been sourced in Heaven. No one else could make wine out of plain water, command weather, multiply food with a touch, walk on water, heal diseases, drive out demons, and cleanse ordinary people of leprosy, the most dreaded of diseases. He was His own living proof.

His companion witness was His Father in heaven. He had explained at one point that He did what He saw His Father doing. The power of the Holy Spirit rested upon Him as a gift from His Father. His judgment was true.

The Pharisees Took the Bait.
They could not explain or refute the miracles, but the “Father” issue was up for debate.

“Where is Your Father?”

Of course, their context for this question was earthly not heavenly. They had no way of knowing that Jesus was not referring to a man somewhere. He tried to explain:

“You know neither Me nor My Father. If you had known Me,
you would have known My Father also.”

This was well beyond their ability to understand. Still, they found they could not lay hands on Him. A strange paralysis seemed to afflict their minds and hamstring their Temple Guards. What they did not understand was that it simply wasn’t time yet for His arrest at their hands.

The Father of Jesus
People today who deny the dual nature of Jesus—Son of God and Son of Man—have the same problem the Pharisees had that day. If Jesus was not the virgin-born Son of God, who was His father? What earthly man possessed the genepool that could produce such a man? How could the fallen nature of mankind produce even one perfect human specimen? We are all flawed from our entrance into this world until our exit, no matter what transpires in between these events. For us, by faith we believe in Jesus and in His Father, our Father, the One Who is in heaven! His judgment is true.

Scriptures:
John 8:13-20
The Pharisees therefore said to Him, “You bear witness of Yourself; Your witness is not true.” Jesus answered and said to them, “Even if I bear witness of Myself, My witness is true, for I know where I came from and where I am going; but you do not know where I come from and where I am going. You judge according to the flesh; I judge no one. And yet if I do judge, My judgment is true; for I am not alone, but I am with the Father who sent Me. It is also written in your law that the testimony of two men is true. I am One who bears witness of Myself, and the Father who sent Me bears witness of Me.” Then they said to Him, “Where is Your Father? Jesus answered, “You know neither Me nor My Father. If you had known Me, you would have known My Father also.” These words Jesus spoke in the treasury, as He taught in the temple; and no one laid hands on Him, for His hour had not yet come.

1. Fairest Lord Jesus, ruler of all nature,
O thou of God and man the Son,
Thee will I cherish, Thee will I honor,
thou, my soul’s glory, joy, and crown.

2. Fair are the meadows,  fairer still the woodlands,
robed in the blooming garb of spring:
Jesus is fairer, Jesus is purer
who makes the woeful heart to sing.

3. Fair is the sunshine, fairer still the moonlight,
and all the twinkling starry host:
Jesus shines brighter, Jesus shines purer
than all the angels heaven can boast.

4. Beautiful Savior! Lord of all the nations!
Son of God and Son of Man!
Glory and honor, praise, adoration,
now and forevermore be thine. 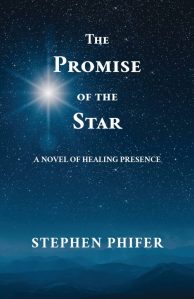